Online Learning and daily check in for learners. Please make sure to log in to Courtfields.net 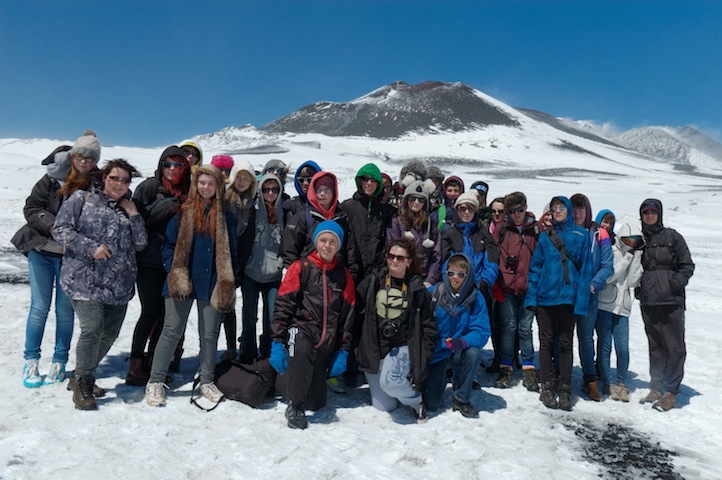 On the first day we set out from our base in Giardini Naxos to make the journey up Mt Etna in 4 wheel drive vehicles. Unfortunately the summit area was inaccessible due to heavy snow but we continued on foot to a point where we could see a small eruption in progress. A bitter wind encouraged us to turn back to the Rifugio Sapienza for a hot chocolate. Once fortified, the party split into two groups to investigate the Silvestri craters.

The following day began with an investigation into the impact of tourism on Giardini Naxos. 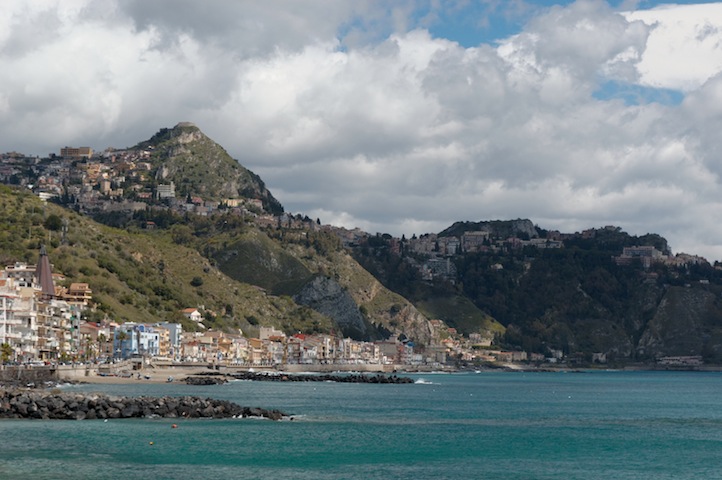 We then boarded our coach and headed to the Alacantra Gorge a spectacular geology / nature reserve. 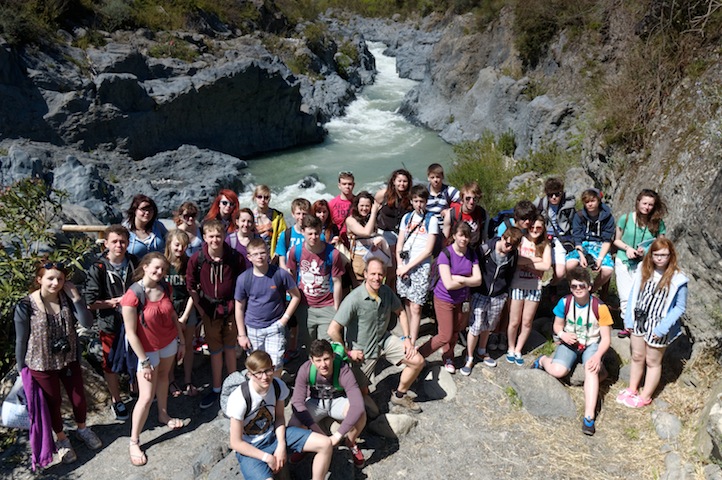 On the way back, the driver pulled over to the side of the road, excitedly shouting “eruzione!” Mt Etna had erupted, and we were lucky enough to make it to the Greek-Roman amphitheatre at Taormina to enjoy the climax of the spectacle from the ancient remains. We could hear and feel each explosion on the slopes of Etna as the sky turned increasingly hazy from the ash. 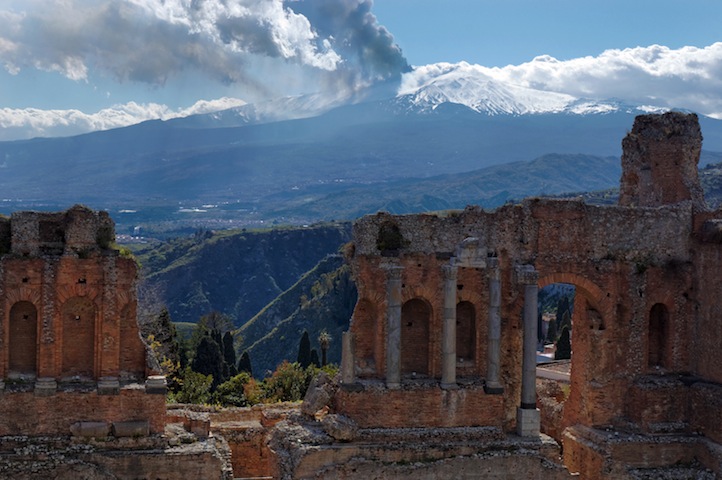 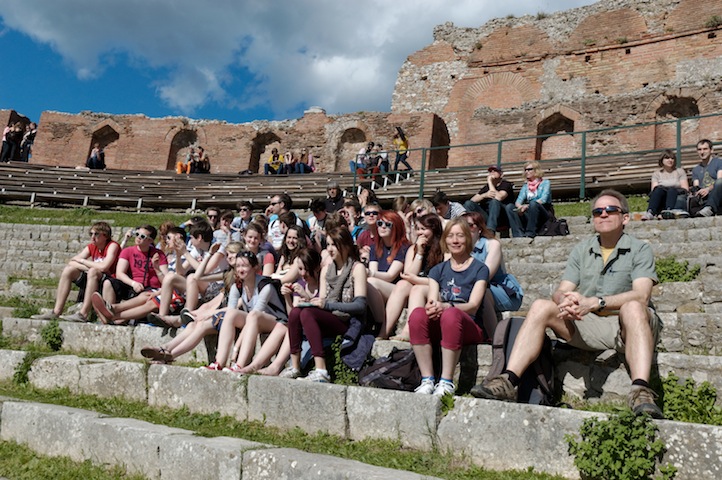 Eventually the lure of the designer shops proved too much and we wandered the town before heading back to our hotel. As night fell, the slopes of Etna were riddled with bright red lava flows while the group set to work on their evening study task. The night ended with a walk into town for ice cream.

Waking early the following day, we drove North and boarded a ferry to the island of Vulcano. Accompanied by a very knowledgable local guide we made our way up to the crater. In the distance, the volcano of Stromboli obligingly erupted. 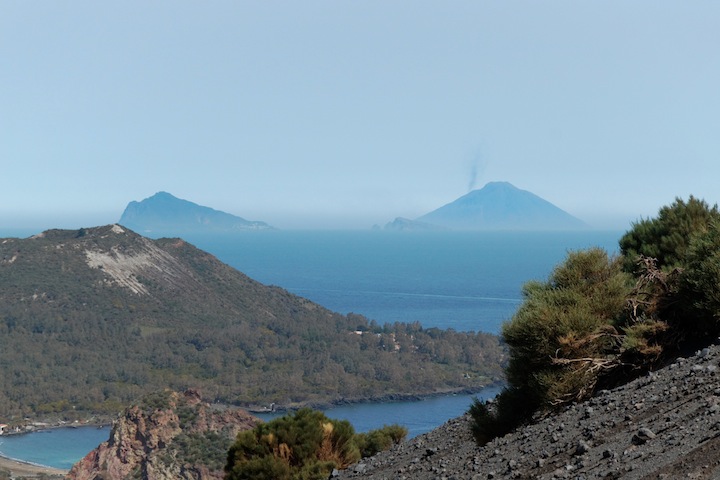 We walked along the crater rim among the sulphurous fumeroles for as long as we could stand the smell. 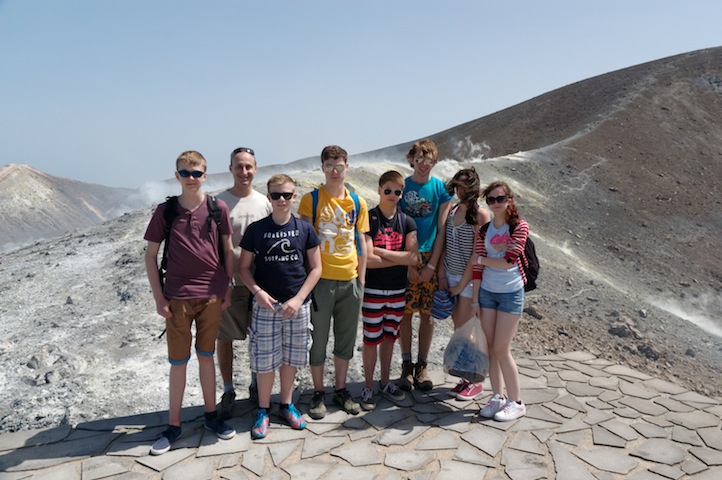 Afterwards, the group visited the volcanic mud pools at the base of the mountain and then it was back on the ferry and a bumpy crossing back to the main island. In the evening the group demonstrated how much they had learned with Mr Williams’ revision quiz.

On the last day we returned to Etna, but this time to the North side, recently affected by a number of huge lava flows that had twisted their way through the forests and small villages leaving spectacular scenery. In the company of a local guide we followed one of the largest lava flows to the crater from which it had emerged. From Etna it was time to head straight to the airport and the long journey home. 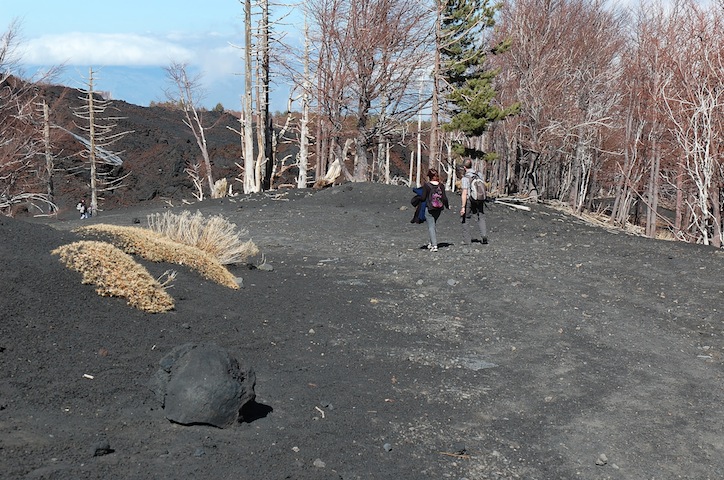 It was a joy to spend time with such an enthusiastic and delightful group of students. Thanks to the parents who were all waiting at the Youth Centre at 2.00am to welcome us back.